The Only Man Who Has Ever Had Sex + Remixes DOUBLE-LP+ 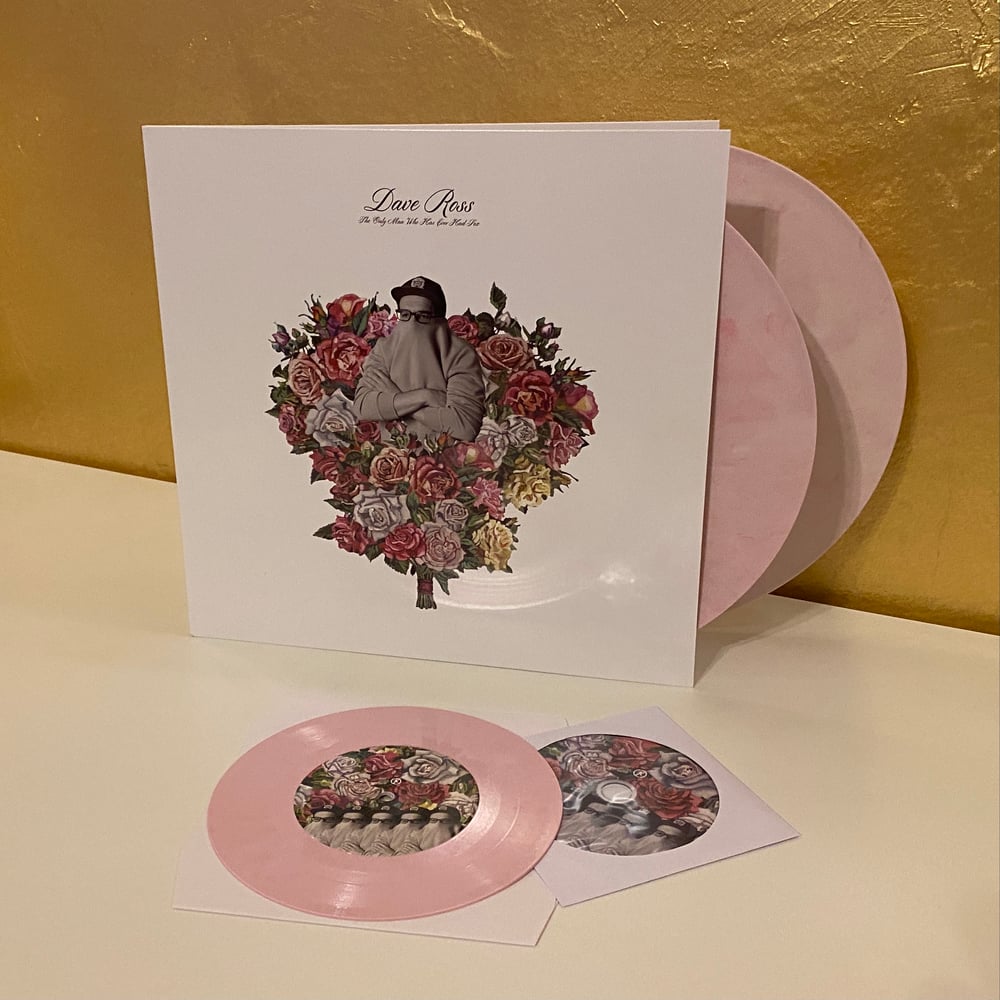 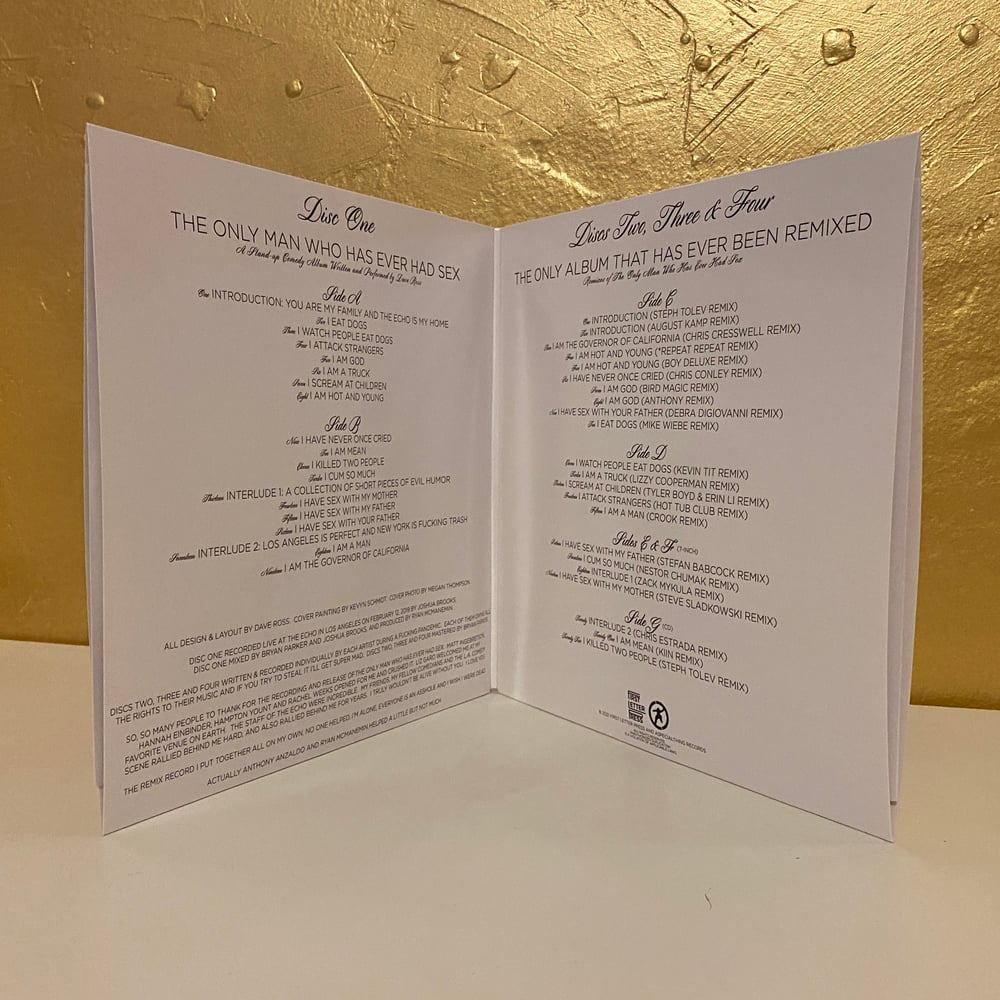 Aspecialthing Records and First Letter Press present a double-LP vinyl of Dave's first album THE ONLY MAN WHO HAS EVER HAD SEX and its remix album THE ONLY ALBUM THAT HAS EVER BEEN REMIXED.

And actually, the remix album is so long it didn't fit on one record, so the package is a double vinyl, plus 7-inch record, plus cd-single. It's a 2LP+7"+CD. It's the dumbest project of all time.

THE ONLY MAN WHO HAS EVER HAD SEX was recorded February 12th, 2019 at The Echo in Los Angeles, CA and released 2019 on Aspecialthing Records. It was recorded by Joshua Brooks, mixed by Bryan Parker and Joshua Brooks, and produced by Ryan McManemin. All jokes written and performed by Dave Ross.

THE ONLY ALBUM THAT HAS EVER BEEN REMIXED is 22 tracks, each recorded individually by 21 separate artists in a pandemic. It was mastered by Bryan Parker and released 2021 on Aspecialthing Records.